Scroll down to read about some of my projects, past and present, including:

I'm writing a book: The Private Life of Millie McKenzie 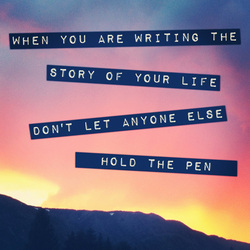 My current personal project is a book I've titled 'The Private Life of Millie McKenzie'. It's a funny, enlightening and (hopefully) moving look into the process of coming out, targeted primarily at young people.

I'm currently working on the first draft (65,000 words as we speak), and have the end goal to self-publish an e-Book before attempting to find a publisher. I'd love to get it into school libraries across New Zealand.

I'll be posting relevant material on my Tumblr account LilCameronwrites as I go along, so follow me for quotes, pics and pop culture.

Math’s class was so gay today: My volunteer work with Rainbow Youth

"You know how ages ago Katy Perry sung that song ‘I Kissed A Girl’, and she liked it, and there was the cherry chapstick and the boyfriend she hoped didn’t mind it? Yeah, you do? Okay, well where do you think we might put her on the sexual continuum?”

For a couple of years now I’ve been going into Auckland highschools with Rainbow Youth as a part of their gender identity and sexual orientation education programme. Priscilla Penniket, (who is wholly amazing in her role), spends two hours with a class covering everything from coming out, to sexual fluidity, sex vs gender and the sexual continuum (as mentioned above in the Katy Perry example), and to unpacking the prolific use of the word “gay” to mean “lame” in highschools today.

To break up the two hours, Priscilla gets people to come in to class with each session to tell their ‘coming out story’. Mainly people in their 20s, not so old as to seem irrelevant to the teens, but with a huge variety of different identities, stories and delivery types. There’s Craig, who was brought up in the exclusive brethren church, never interacting with the outside world until he was ex-communicated at the age of 18. Kesten, a trans guy who often receives a surprised murmur from the kids when they realise he was born female. And then there’s me. My story is quite common in its themes (falling for best friend, coming to terms, struggles with parental acceptance) but does bring to life a number of the topics Priscilla covers.

The response from the kids is, in a word, amazing. You’ve never seen a room of teens to silent, so captivated. You can see everything ticking over in their brains as they listen to your story. They look at each other in surprise, in empathy, they laugh and some of them are moved to tears. Yep, it’s totally self-indulgent. But also very, very cool. Rainbow Youth recently received Ministry of Education funding to look at the impact of these classes on the students. The results are outstanding. We’re hoping for more funding, to test out more schools. The end goal is funding to take this programme into schools around the country. It’s well overdue.

The content itself is outstanding, Priscilla developed it herself with the support of Rainbow Youth. There is a lot of humour, pop culture references and plenty of space for the students to form their own conclusions on the topics. Here’s another quote:

“So we’ve written up a few different meanings of the word ‘gay’ on the whiteboard:

Okay, are they saying, ‘Man, maths class had so much homosexual content today!?’

No? Okay, so are they saying, ‘Man, maths class really sucked today, I hated it’. Yes? So…
do you think this could be an example of homophobia, like we talked about earlier?”

The key here obviously lies in keeping things relevant, talking to the teens on their level, and making them feel comfortable to ask questions or share their views. It’s the content, and the delivery.

In around June Priscilla asked me to help her put together the content for a two-day training session with LGBTQQI facilitators from around the country, teaching them to teach this content too. (Yes. All those letters. Lesbian, Gay, Bisexual, Transgender, Queer, Questioning, Intersex is what they stand for). Standardisation of content has been an ongoing problem, what with there being a lack of funding and only one Priscilla. But now Rainbow Youth is making the move to educate other educators with the programme, so there will be more Priscillas, teaching the same great programme from Invercargill to Whangarei. I decided I had to be a part of it. I swallowed down my nerves, and went down to do the training too.

It was amazing being in a room full of people who do these things full time or have started youth groups from scratch in regional areas, having seen the dire need there is to form places where young people can come to feel they are not alone, especially in this world that regularly tells them that who they love is wrong, disgusting… unequal. Many of the group facilitators were barely out of their teens themselves. I felt I was at the beginning of a big shift in the New Zealand society, psyche and hopefully the school system too. With everything that’s happening with the marriage equality bill, and the changes for LGBT representation in pop culture we’ve seen in the last eight years or so, the time feels right. I was proud to be amongst the first 20 people in New Zealand to be trained and endorsed to teach the content to young people.

I now know first hand how hard it is to get up there and teach that content to a group of people, especially without any formal teacher training. My respect for Rainbow Youth, Priscilla’s teaching skills and the modern, funny, open and endlessly informative programme they have developed only grows. I still find myself enraptured listening to Priscilla teach after 30 or more repeat hearings.

But for now, I think I’ll stick to going along to tell my coming out story. Because in doing so I reckon I’ve gotten just as much from the kids as they’ve gotten from me. Let’s hope that in the next few years, more students will get the chance to take part in this leading education programme.

iFamily: A play by Lil Cameron

First reading of the play
iFamily is a play I wrote in 2010. It contains elements of pretty much everything I love: technology, social media and online culture, feminism, pop culture and themes around identity. Oh, and did I mention that parts of it are written in rhyme? Incorporating cross-media elements within the play and as publicity, it is a play for this crazy age we live in.

A full PDF of the play is available for anyone to read. For enquiries about production, please get in touch.

SYNOPSIS
iFamily is the story of a modern-day family facing modern-day problems.

Sam’s on the warpath because someone sucked up all the broadband – how are he and his best mate Kat supposed to socialise? Older sister Molly’s too busy plotting world domination with her girl gang to give two hoots, and getting through to older brother Bain is nigh on impossible when all he cares about is Lady Gaga. Luckily Gran has everything under control. She may be off her face – but she sure can make a mean cupcake.

iFamily takes the play beyond the theatre and into the online environment.

It features interactive elements within the play and as an extension of the characters that the audience can access before or afterwards. This includes the ability to connect with the characters via social media platforms. Become Molly’s friend on Facebook (if she deems you worthy), follow her 140 character rants on Twitter, or brush up with Bain’s research into women and empowerment in pop music by watching his YouTube montages. And when Sam, Kat and Gran get their "Can’t Cakes" business up and running, you can order your own online. Viral video publicity for the play gives us even more insight into the characters, for instance, you might just come across Gran on Chat Roulette!

Never before have you had the chance to become so entangled in the lives of fictional stage characters. "Who used all the broadband?" takes audience participation into the modern day, and to a whole new level.

A playlist of the songs featured in the play can be listened to at: http://mixtape.me/#/playlists/19380/ifamily_soundtrack